When you visit this website, our webserver may retrieve and store information on your browser. This data is saved in the form of cookies and might be about you, your device and your preferences. It is used by our server to ensure the functionality of the website. The data can also be used to personalize the web application for you. You can decide which cookies you want to allow and which should be blocked.

You cannot deactivate the strictly necessary cookies on our system, because they ensure that the website functions properly. You can adjusted your web browser in a way that avoids the reception of cookies. However, the blocking of cookies can result in you being unable to use some parts of the website or only to a limited extent.

Statistical cookies help us to understand how visitors interact with our website. These data are not personal but anonymous dates, which will be exclusive evaluated for statistic purposes by us or third parties to measure the effectiveness of the site and to make any improvements to its content. Help us to make our site more user-friendly by activating the statistical cookies.

Marketing cookies help us to individually inform our visitors about relevant and appealing offers. If you would like to be informed about interesting offers, please activate the marketing cookies. 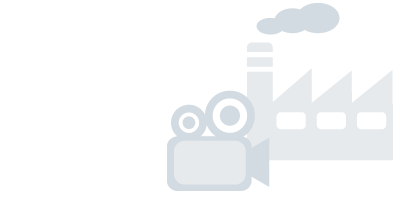 Create a soundtrack for your image film with royalty free music

An image film is the audiovisual presentation of your company. With music to support the images, you can address your customers visually and auditorily.

In musicfox’s music collection you will find a large selection of royalty free music for your image film. Our catalog is sorted by themes, genres and moods, so you can quickly find the ideal music to support your image film.

Effective use of music in your image film

Music is a very effective medium to transport emotions. You can take advantage of this fact when creating a soundtrack for your image film: Select background music for your movie which conveys the mood that you want to get across to your customer. When you combine images and music, make sure the music reflects the dramaturgical development of your image film.

When choosing your music, ask yourself what kind of emotion you want your customer to feel. If, for example, you are producing an image film for a manufacturer of designer furniture in the high-price segment, then modern, somewhat cool, technical music could go very well with the image. For an image film for a producer of baby clothes, upbeat music with a somewhat childlike arrangement would be ideal to emphasize the image content. In our music collection, you will find a subdivision according to moods which will help you choose the right music.

To try out which music is the best fit for your image film, you can download every music title from our repertoire as a demo version and integrate it into your project. When you have chosen a track, you can purchase an inexpensive and legally secure license for your image film and use it for an unlimited period.

Accentuate the dramaturgy of the video with music

When you combine image and sound in your image film, make sure the music musically supports the dramatic nature of your video. If your video builds up to a climax, for example, it will be even more effective if the music reaches a climax at the same point.

When you license music at musicfox, you will be granted basic editing rights, which allow you to cut the music in any way you like, so that it harmonizes perfectly with the picture content of your video. Most music titles are available in several versions and these are all included in the license purchase. You can also combine multiple versions of a music track as background music for your image film, thus creating a unique piece of music that is perfectly tuned to your movie.